If you wonder why Twitter seems to have no interest in protecting individual users from harassment, maybe you need to think about how the companies that pay for the annoying “promoted” tweets think about  negative online behavior (UPDATE: It has been pointed out that McCaffrey doesn’t address harassment per se or what may differentiate this from “hating on”). For example, here is HBO director of development Kathleen McCaffrey on the Nerdist Writer’s Panel having an honest discussion* how their social media and marketing teams think about Internet “haters” with host Ben Blacker:

McCAffrey: The thing about Girls which is kind of amazing is the haters. And it makes our social media team very happy because they just put one thing out and people come out of everywhere and just start to hate on it. And, so, it is very loud and very strange…just so many people hate it…

Now, bear in mind that the hating on it she refers to will invariably include negativity directed not just at HBO and the show, but at the individuals involved in creating the show:

McCaffrey: but on social media – on Twitter and everywhere – Lena is very polarizing and people love to hate on her. It still surprises me…

Blacker: But, but that’s, that’s good for you, because it’s a loud conversation and it means that the people who do love her will probably come out to defend her.

McCaffrey: Yes. It becomes this weird fight that she’s kind of even not really a part of, like the people around her just yelling about her. It’s very strange and fascinating.

*McCaffrey expresses disappointment with the continuing negative reaction, while acknowledging the utility of the reaction for marketing. 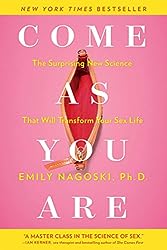 This Science for the People is looking at the intersection of human sexuality, research and education. We’re joined by sexuality educator and blogger Emily Nagoski, to talk about her book Come as You Are: The Surprising New Science that Will Transform Your Sex Life. We’ll also speak to medical humanities and bioethics professor Alice Dreger, about her experience live-tweeting her son’s abstinence-focused sex-ed class.

According to a purported, internal Twitter memo obtained by The Verge, Twitter’s CEO Dick Costolo is taking personal responsibility for their poor record of dealing with abusive behavior on their platform – behavior that makes Twitter, as well as other online spaces, unwelcoming to non-white, non-cis-male individuals. Costolo wants this reputation to change and will, apparently, be putting serious resources behind this effort. Twitter is finally recognizing the need to combat online abuse and trolls, not that this is the right thing to do, but because it is costing them valuable users.

We suck at dealing with abuse and trolls on the platform and we’ve sucked at it for years. It’s no secret and the rest of the world talks about it every day. We lose core user after core user by not addressing simple trolling issues that they face every day.

I’m frankly ashamed of how poorly we’ve dealt with this issue during my tenure as CEO. It’s absurd.
–Nitasha Tiku & Casey Newton quoting Twitter CEO Dick Costolo from what is, reportedly, a Twitter internal memo

For those of us interested in having online spaces be venues for debate, discussion, and promotion of equality, the prospect of robust tools built into the platform and taken seriously by Twitter is potentially a huge step forward.

Based on RTs and favorites, this is the best thing I have ever done on Twitter, especially if you add in Ed Yong’s response.

Our travel guru, Eva Amsen, was recently interviewed by Times Higher Education about using Twitter and other social media productively as an academic in her role as outreach coordinator for F1000. The article includes a handy list of reasons you should be on social media in case your superiors question the number of tweets you posted last month.