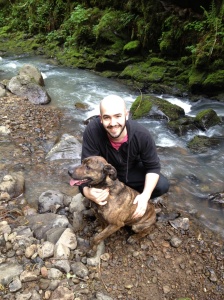 Ben is not a trained scientist. In fact, when he learned that his AP credits in math and science met his requirements at Washington University in St. Louis (an institution which, ironically, has fostered the scientific careers of several Gentleman Scientists), he opted to abandon such studies. He may have regretted this later, if not for the efforts of certain high school teachers (thank you Mr. Salyer & Dr. Vandermeer). He majored in philosophy and women’s studies, though he devoted much more time to running the training program for the university’s peer counseling program and creating a student run safe zones program.

Graduation forced Ben to confront the limited practical uses (ie, paying) of either a philosophy or women’s studies degree. He next earned a Master’s Degree in Higher Education from the University of Florida1 to help future students make more of their education than he did. After becoming disenchanted with university politics, Ben ran away to Italy to study Italian cuisine. In Florence, Ben rediscovered his passion for cooking.

His early interest in cooking had been fostered by his father2. In college, he occasionally catered student groups and university events; but he had never really considered cooking as a profession (pretty rich for a philosophy & women’s studies major, eh?). After his reawakening in Florence, Ben enrolled in the Le Cordon Bleu International school in Ottawa and London to study classic French cuisine, then Johnson & Wales University in Providence, Rhode Island to study pastry. Armed with five degrees & certificates in a field that rarely asks for a high school education, Ben embarked on a cooking career that has included a stint at The French Laundry, running the kitchen of a small dessert & wine bar in San Francisco, working as a private chef, and teaching cooking techniques to home cooks.

Ben lives in Olympia with his dog and wife, not in that order. His dog overcomes her complete lack of coordination with enthusiasm. His wife is a constant source of inspiration. She has an adventurous spirit and a palate of which any chef would be jealous.

5 thoughts on “About Ben”