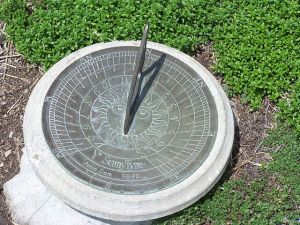 How much of what we see depends on what we think?

In one sense, everything; seeing is not a passive process, but a sophisticated act executed by our neural circuits. In another sense, seeing is what we choose to see, as Harvard psychologists Christopher Chabris and Daniel Simons demonstrated with their famous video of the gorilla walking across the basketball court.

But does the relationship between thinking and seeing go deeper than the involuntary side effects of our selective attention? Thomas Kuhn argued that it did, in his notorious chapter X from The Structure of Scientific Revolutions (the chapter philosophers refer to, in a classic example of academia’s demented sense of humor, as the ‘X-rated chapter X’):

“[T]he historian of science may be tempted to exclaim that when paradigms change, the world changes with them. Led by a new paradigm, scientists adopt new instruments and look in new places. Even more important, during revolutions scientists see new and different things when looking with familiar instruments in places they have looked before. It is rather as if the professional community had suddenly been transported to another planet where familiar objects are seen in a different light and are joined by unfamiliar ones as well… In so far as their only recourse to that world is through what they see and do, we may want to say that after a revolution scientists are responding to a different world.1

In “What We See Is What We Think,” the afternoon becomes a moment of paradigm shift, when the new possibilities for our imaginations open up as the quality of sunlight changes what we perceive. Before noon, the world seemed clear and immutable: trees are green, “as green as they would ever be.” But at noon, “normal time” comes to an end, and we begin to see our surroundings in literally a new light, a “green violet” the color of a “thread/ To weave a shadow’s leg or sleeve.” Stevens refers to a dog-eared page and a one sided pyramid, images that may be evoked the by the triangular gnomon on the pedestal of a garden sun dial, a triangle that is “Like a spectral cut in its perception.”

When I first read this poem, I thought Stevens was referring to the age of twelve, and the original title of this post was “The Age of Twelve is a Scientific Revolution.” As an experiment in paradigm shift, try reading the poem both ways.

“What We See Is What We Think,” Wallace Stevens, The Auroras of Autumn (New York: Alfred A. Knopf, 1950), originally published in Botteghe Oscure 4 (autumn 1949).