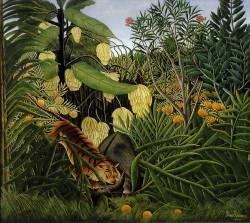 Evolution has always been more controversial socially than scientifically. After Darwin published the Origin, the idea that all species descended from common ancestors was quickly accepted by most biologists (though his proposed mechanism of evolution, natural selection, remained controversial until the 20th century). Socially, however, evolution was and remains difficult for many people to swallow. The literalist beliefs of religious fundamentalists of course conflict with evolution. But even among those who don’t have a particular religious axe to grind, discomfort is not uncommon. Evolution in practice is brutal: we posses our unique adaptations – our brains, our opposable thumbs, our ability to talk, to socialize, to feel, see, and touch – thanks to the selective death of billions of organism over eons.
In her hilarious poem “Consolation”, the late Nobel-winning Polish poet Wisława Szymborska ironically contrasts the brutality of the real world in which evolution plays out, with the romantic world we construct for ourselves. She portrays Darwin, the great thinker who first grasped the harsh reality of evolution, as someone who escapes by reading novels with only happy endings.

Translation from the Polish by Michael A. White (2016)
Image: “Fight Between a Tiger and a Buffalo”, Henri Rousseau (1908), via Wikimedia Commons.

No one, not even his closest friends, would deny that Charles Babbage was a first rate pedant. In 1842, Alfred, Lord Tennyson wrote a poem entitled “The Vision of Sin”, which included the following verse:

Fill the cup, and fill the can:
Have a rouse before the morn:
Every moment dies a man,
Every moment one is born.

Good stuff that. I feel all inspired to fill life up with joy, because it is fleeting and meaningless. The “carpe-est” of “diems”, if you will*. I am so moved that the editor in me is not even bothered in the slightest** about the unorthodox punctuation choices.

Charles Babbage is a better pedant than I. He wrote a letter to the poet:

In your otherwise beautiful poem, one verse reads, “Every minute dies a man, Every minute one is born”; I need hardly point out to you that this calculation would tend ot keep the sum total of the world’s population in a state of perpetual equipoise, whereas it is a well-known fact that the said sum totatl is constantly on the increase. I would therefore take the liberty of suggesting that in the next edition of your excellent poem the erroneous calculation to which I refer should be corrected as follows: “Every moment*** dies a man, And one and a sixteenth is born.”

**Botheration is stastically indistinguishable from “not bothered in the slightest”, primarily due to large sample variance.

SOURCE: The Thrilling Adventures of Lovelace & Babbage by Sydney Padua , which you go and buy now. In fact, I ‘ve already judged you more than a little if you have already bought the book, read it, and been completely familiar with this story, because you read the end notes like a true scholar.

To become a fossil, it takes a lot of luck. Your carcass needs to be buried rapidly and then lie undisturbed for tens of thousands, hundreds of millions, or even billions of years. It’s a process that seems best suited to tough, hardy organisms – ancient sea shells, armored trilobites and giant dinosaur bones are what typically comes to mind when we think of fossils. Delicate and beautifully detailed fossils of the gently curved leaves and stems of exotic plants, the veined wings of strange insects, and the mussed feathers of dinosaurs defy our expectations. Fossils that capture such fragile details are a startlingly clear window to an alien world. At the same time they make that world seem very familiar.

In Lindley Williams Hubbell’s poem about fossils, it’s this defiance of expectations that induces a sense of awe and a feeling of the continuity of life across “some odd billion years.” Hubbell is particularly inspired by the fern-like fossil algae from the Ordovician Period, which followed the Cambrian, beginning about 490 million years ago and lasting for about 45 million years. The Ordovician was a great period of invertebrates and algae, all living in the oceans. Vertebrates, particularly jawless, armored fish, were also beginning to show up in greater numbers. And by the end of the Ordovician, there was a major development: the earliest fossils of land-dwelling organisms appear. It was a time of major change and and also major extinction. END_OF_DOCUMENT_TOKEN_TO_BE_REPLACED

While in Chicago for the Drosophila genetics conference last weekend, I managed to visit some Polish bookstores. My haul included a volume of poems by the late Nobel laureate Wisława Szymborska. Many of Szymborska’s poems engage with scientific ideas and their connection to our experiences of the world, and as it turns out, she wrote a poem about the number Pi.

The poem grapples with the mind-blowing idea of an infinite sequence of digits. Pi is woven into the poem, where it interrupts the narrator’s effort to draw comparisons to snakes, bird nests, comets, and stars. These comparisons fail as the number flows on, and they are replaced with numbers and fragments of the real world, including phone numbers, pocket change, and quotes from the Polish poet Mickiewicz and the bible.

And so, to finish off Pi day weekend, here is probably the only poem about this number by a Nobel Laureate.

Translated from the Polish by Michael White 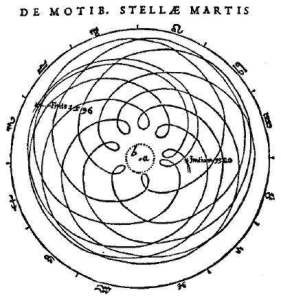 Why are 17th century poets like John Donne, George Herbert and Andrew Marvell called ‘metaphysical’ poets? You can trace the name back to John Dryden, who in an unabashedly sexist comment accused John Donne of “affect[ing] the metaphysics, not only in his satires, but in his amorous verses… perplex[ing] the minds of the fair sex with nice speculations of philosophy when he should engage their hearts, and entertain them with the softnesses of love.”

Well, the Metaphysical poets proved that you can in fact engage the heart with science. END_OF_DOCUMENT_TOKEN_TO_BE_REPLACED