Big news in tiny particles: the Large Hadron Collider has set a new energy record ahead of its scheduled full restart in June.  Scientists at CERN reported that on May 20, the LHC succeeded in smashing together protons with an energy of 13 trillion electron volts (TeV). That’s close to the 14 TeV maximum that the LHC is designed to achieve.

The record was reached during tests to prepare for a second run of experiments starting next month. The collider underwent a $150 million upgrade after its first run, which produced results that helped confirm the existence of the Higgs boson.

Our physics kitties tend to have substantially lower energy levels than that, but the Large Hairball Collider (pictured above) looks likely to yield important data on particles found under the sofa. The red dot, the so-called “holy grail” of kitty physics, remains elusive. Reached for comment, the head of the LHBC said:

Professor Kitteh demonstrates the effect of a simple machine on an object. 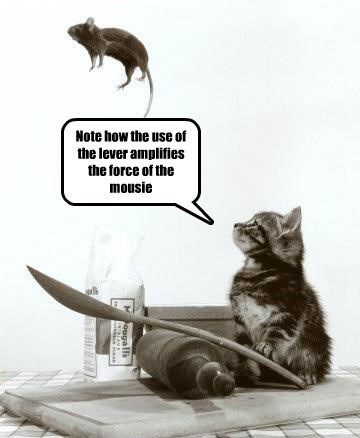 Yeah, I’m not even going to try to explain. You can haz wikipedia. 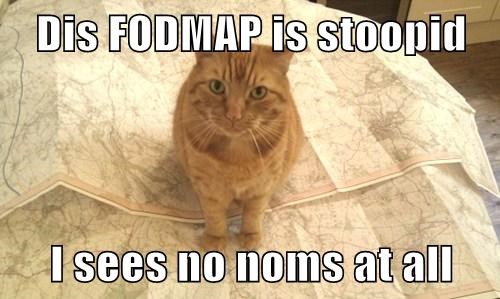 Our hoomin scicomm friends killed it on the interwebs this week, so all we needed to do was line up a few science kittehs to illustrate their great stories. First up, Bethany Brookshire (@scicurious) in ScienceNews explains the science behind gluten sensitivity, including the meaning of FODMAPS, which are, alas, some kind of carbohydrate and not maps to the fud.

Next, Matthew Francis (@DrMRFrancis) explains in Slate why quantum mechanics does NOT explain human consciousness. He can also explain why different kittehs spin in different directions, which may be more useful. 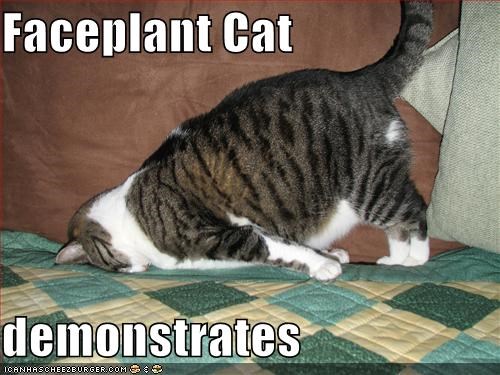 Finally, over at BoingBoing, Maggie Koerth-Baker (@maggiekb1) delivers a masterful explainer (with gifs!) on the science of faceplanting. If I have a tiny quibble with this piece, it’s that kittehs generally look upon faceplanting as more of an art.

Science kitteh illustrates two things at once: one of the basic laws of physics, and one of the guiding principles of Caturday.