Prepared wolf guts, sun-bleached dog faeces, coffee, and an overseas human mummy. These are just some of the things you could find in an Estonian pharmacy in 1695.

This particular pharmacy is still in business. Records of the Raeapteek in Tallinn, Estonia, go back to 1422, when it was already on its third owner. With records going back to the middle ages, it is believed to be the oldest continuously running pharmacy in Europe.

Today, the Raeapteek celebrates its historical roots by teaching marzipan making and herb knowledge. The website also explains a bit of the history of pharmacy symbols. Before the famous snake symbol, pharmacies had taxidermied crocodiles hanging from the ceiling!

It’s not all historical. The Raeapteek is still running as a proper modern pharmacy, so if the sun-bleached dog faeces  and wolf guts don’t work, you can pick up some aspirin and other miracles of modern science. 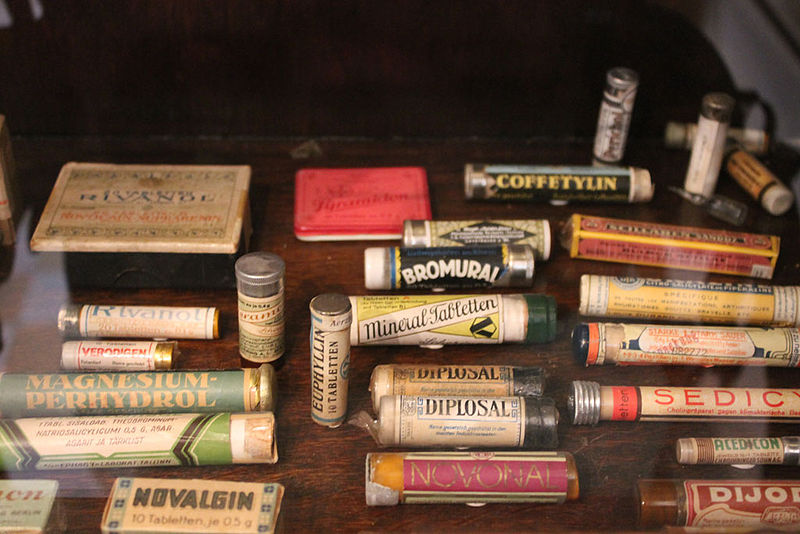