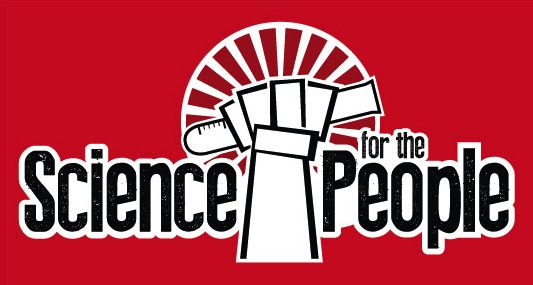 This week we’re looking at how famous personalities influence public opinion about science and pseudoscience. Health law professor Timothy Caulfield returns to talk about his new book Is Gwyneth Paltrow Wrong About Everything?: When Celebrity Culture and Science Clash. We’ll also speak to Conservation and Development professor Daniel Brockington about his research on celebrities and charitable advocacy.

Freeman Dyson muses on outsider science in the NYRB, “Science on the Rampage”:

In my career as a scientist, I twice had the good fortune to be a personal friend of a famous dissident. One dissident, Sir Arthur Eddington, was an insider like Thomson and Tait. The other, Immanuel Velikovsky, was an outsider like Carter. Both of them were tragic figures, intellectually brilliant and morally courageous, with the same fatal flaw as Carter. Both of them were possessed by fantasies that people with ordinary common sense could recognize as nonsense. I made it clear to both that I did not believe their fantasies, but I admired them as human beings and as imaginative artists. I admired them most of all for their stubborn refusal to remain silent. With the whole world against them, they remained true to their beliefs. I could not pretend to agree with them, but I could give them my moral support.

My main problem with Dyson’s view is that it doesn’t take into account those cranks and pseudoscientists who are actually acting in bad faith – peddlers of snake oil, front-men for deep-pocketed business interests threatened by research on tobacco, climate change, etc., and religious fundamentalists who can’t make peace between their faith and thoroughly established science. In fact, it’s likely that there are many, many more dishonest pseudoscientists than the deluded but honest amateurs that Dyson describes, and his knee-jerk sympathy for the scientific outsider makes him a potential sucker. END_OF_DOCUMENT_TOKEN_TO_BE_REPLACED

Maarten Boudry, Stefaan Blancke, and Johan Braeckman have an article coming out in Science & Education on “Grist to the Mill of Anti-evolutionism: The Failed Strategy of Ruling the Supernatural out of Science by Philosophical Fiat.”

It relates to the idea that science is limited by its insistence on adhering to methodological naturalism. According to this view, science cannot investigate the supernatural. The view is popular among some who oppose creationism since it means that creationism can’t be scientific, by fiat. It’s also important for accommodationists because it allows science and religion to co-exist in separate magisteria.

END_OF_DOCUMENT_TOKEN_TO_BE_REPLACED

If you haven’t been following the dust-up over science publisher Springer’s announcement of a volume by creationists, you should head over to the Panda’s Thumb and follow the latest, if only for its entertainment value.

While you’re there, check out the slide from John Sandord, a creationist who claims that he’s a geneticist at Cornell*. He plots human lifespan as a function of centuries born after Noah, and gets an impressive R^2 of 0.90. I’m sure this is going to upend the field of lifespan genetics.

*As is usual, this is not quite what you think it is.

Springer’s editors in the field of engineering who aren’t familiar with the star figures of the intelligent design movement appeared ready to put the prestigious Springer stamp on a volume of pseudoscience:

As the National Center for Science Education reports, this one sounds like standard creationist pseudo-science-speak:

The volume in question, entitled Biological Information: New Perspectives, edited by R. J. Marks II, M. J. Behe, W. A. Dembski, B. L. Gordon, and J. C. Sanford, and slated to appear in a series of engineering books dubbed the Intelligent Systems Reference Library, was advertised by Springer as presenting “new perspectives regarding the nature and origin of biological information,” demonstrating “how our traditional ideas about biological information are collapsing under the weight of new evidence,” and written “by leading experts in the field” who had “gathered at Cornell University to discuss their research into the nature and origin of biological information.”