According to NASA, the New Horizons spacecraft made its closest approach (about 7800 miles) to Pluto right now (7:49AM ET, 14 July 2015) after traveling three billion miles. If you want a travel post, that certainly fits the bill. 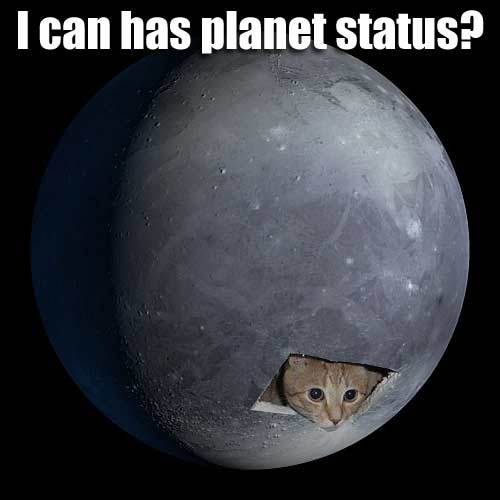 Among casual sky-watchers, Pluto is  best known for having its status downgraded from planet to dwarf planet in 2006. That has changed over the past few weeks, as NASA’s New Horizons Probe prepares to fly within 8,000 miles of Pluto on Tuesday, July 14.

New Horizons is already sending back loads of fascinating images of Pluto and more are sure to come. You can get all the latest updates by following @NASANewHorizons on twitter.

For more background about the discovery of Pluto and what scientists know so far about the “contentious little planet,” I recommend Nadia Drake’s excellent “Pluto At Last” at National Geographic.

It may no longer be called a planet, but this week, Pluto is the star.