This week, we’re talking about disease prevention, public health, and whether or not some types of vaccinations should be mandatory. We’ll spend the hour in a panel discussion with Barry Bloom, Harvard University’s Distinguished Service Professor of the Department of Immunology and Infectious Diseases, University of Toronto public health ethicist Alison Thompson, pediatrician and University of Pennsylvania vaccinology professor Paul Offit, and Nicholas Little, Vice President and General Counsel at the Center for Inquiry. 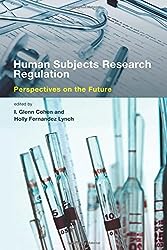 This week Science for the People is learning about the regulatory frameworks that try to balance scientific progress with the safety of research subjects. We’ll speak to Holly Fernandez Lynch and I. Glenn Cohen of the Petrie-Flom Center for Health Law Policy, Biotechnology, and Bioethics at Harvard Law School about their book Human Subjects Research Regulation: Perspectives on the Future. We also speak to health journalist and editor Hilda Bastian about research, journalism, ethics and “The Chocolate Hoax“.

Another tone-deaf post (now taken down)* related to women and science from Scientific American Blogs sparked a great disturbance in our little corner of the internet around the question of whether or not we should care that Richard Feynman was both a genius and really creepy. Our friend, Matthew Francis has an excellent, thoughtful reply to this discussion.

He starts with a particularly important point about the perils of creating a moral equivalence between personality quirks and serious character flaws in our heroes:

Very few heroes can survive scrutiny unscathed. They all have flaws, by virtue of being human. However, hero-worship blurs those flaws,  leveling them: truly nasty aspects of a person’s personality or behavior become on par with little quirks and eccentricities. In that way, we justify our worship.
–Dr. Matthew Francis

Another friend, Janet Stemwedel has an excellent post** on the ethics of evaluating our heroes as individual components, the sum of their parts, or something in between, which should inform all our thinking on individuals like Feynman, or anyone else you think is a great [insert profession], but kind of a dick.

Before you remind me that I should be grateful that individuals of such staggering genius with intellects that cast mine in deep shadow have walked among us, I will remind you that it is a virtual certainty that for every Feynman or Einstein, there are several individuals with greater creativity and intellect who have lived under less fortunate circumstances and who we would be praising today but for the fact that they were not given the same opportunities.

Unfortunately, the comments have been predictably disappointing. I used this as an opportunity to make good on the positive commenting pledge I made with Eva Amsen. Maybe you should try it too?

*I have some thoughts on the editorial & perception difficulties of being Scientific American Blogs as currently structured.

Someday in the future each child that is born will have a file of their genome sequence prepared at birth. For some newborns in Boston, Kansas City, San Fransisco, and Chapel Hill the future is now. The National Institutes of Health is funding a new initiative to examine how the early availability of a child’s genome  will affect medical care decisions and the families. $25 million dollars over 5 years is to be allocated between research sites. Each location is approaching the issue of infant genomes slightly differently. END_OF_DOCUMENT_TOKEN_TO_BE_REPLACED

For me, 5 February is Dana McCaffery Day. I originally wrote this in 2010 to explain how much her brief time in this world meant to me, even though I had never met her. I stand by every word, and even more so by every feeling, still today. I also choose to remember Dana’s birthday – the remembrance of her coming into her own being – as a celebration of a meaningful life, though I so desperately wish her life could have been as mundane as the rest of us.

Today is the first anniversary of Dana Elizabeth McCaffery‘s birth. Unfortunately, Dana cannot join us in celebrating her birthday. Dana was killed by pertussis, or whooping cough. At under a month of age, Dana could not be vaccinated against pertussis and had to rely on herd immunity. Unfortunately, thanks in large part to the efforts of the anti-vaccination movement, immunity levels in Dana’s region of Australia were far below the herd immunity level necessary to protect those who cannot be vaccinated, like newborn children. END_OF_DOCUMENT_TOKEN_TO_BE_REPLACED