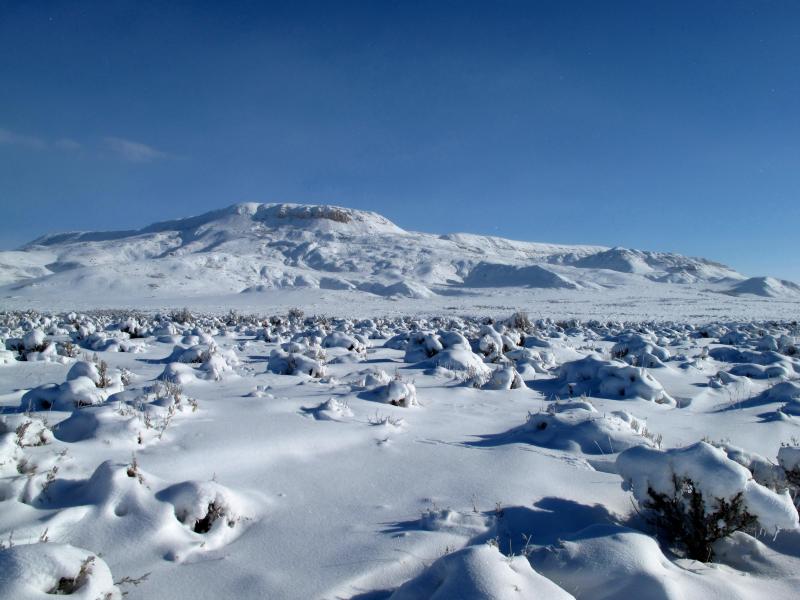 This is not one of Michele’s snaps from Finland, but rather a picture of Fossil Butte National Park in Wyoming. Fifty million years ago, this area looked VERY different. It was a lot warmer, and there was a lake. We know this because this particular lake has left behind some extremely well conserved fossils.

When railroad workers in the 19th century visited the area, they noticed so many fossils that they named the nearby settlement “Fossil”.

The fossils from this region are so well conserved because the ancient lake was rich in calcium carbonate. Layers of calcium carbonate would settle on newly dead animals that had sunk to the bottom of the lake, and over the years this created well-preserved fossils set in limestone. 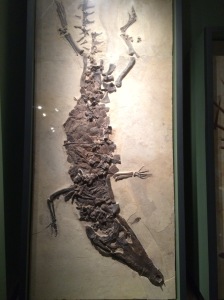 The species found in the limestone are familiar – similar to many creatures alive today – but unexpected for Wyoming. There are crocodiles and palm trees, for example. It suggests that back then, the climate in Wyoming would have been more like that of Florida today. 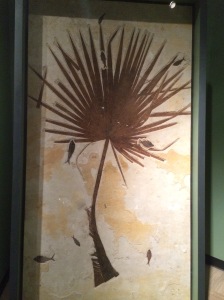 To see the fossils from Fossil Lake, you can visit Fossil Butte National Park in Wyoming, or see a large collection of the fossils at the Field Museum in Chicago.

Crocodile and palm tree photos are both CC-BY-SA (according to Field Museum usage terms) taken by Eva Amsen.  Other photos are public domain, via National Park Service.