A neighbor recently opened an etsy shop to sell her paintings. She asked me a bunch of questions about the process, which I was happy to answer. Then she asked me the essential question: “How do you get people to find you on the internet?”

Getting people to find me on the internet (ohai!) is the central struggle of my career. It’s a constant battle that I’ve been fighting every single day, with some success, for the past five years. But of course I didn’t tell my neighbor this, because I didn’t want to scare her off. So I suggested she start by posting her new shop on her Facebook page. “Well, that’s the thing, I don’t do Facebook.” Twitter? Nope. Instagram? What? We didn’t even get to the idea of submitting work to blogs.

I had a sudden flashback to a conversation with another artist a few years earlier, who complained that twitter wasn’t working well for promoting her work. “I tweet a lot,” she explained, “But I don’t actually READ tweets.” Dear fellow artist,

This is not to say that twitter is the only way to go, or that artists have to spend as many hours a day on the internet as I do. They probably shouldn’t! 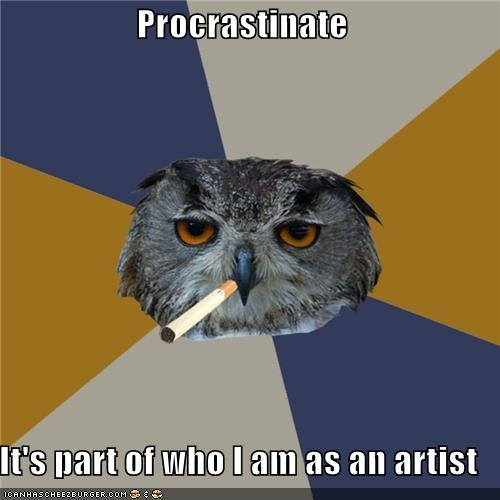 But really, selling online has a lot in common with selling offline. You need to put in some time. You have to get out there and forge relationships. You need to know who the players are. I’m going to call this Banks’ second theorem:*

If you had a brick-and-mortar shop, you would know the other shopkeepers in your neighborhood, wouldn’t you? Well, if you have an online shop, the internet is your neighborhood. Get out there, take a walk every day, and say hello. Read some blogs. Read some tweets. Make some intelligent comments. Show other people the cool things you find on your walks. Then say, “here, have a look at what I’m working on.” Repeat.

*I’ll get to the first theorem later. My blog, my rules.