Legend has it that Irish giant Finn MacCool built a causeway across the water from Ireland to Scotland to challenge Scottish giant Benandonner to a duel. Before the duel, Finn tricked Benandonner into thinking he was a much larger giant by pretending to be a baby. Benandonner feared the enormous size of an opponent that would have a baby that big, and quickly retreated to Scotland, demolishing the causeway behind him to keep Finn away. Remnants of this Giant’s Causeway remain along the coast of Northern Ireland. 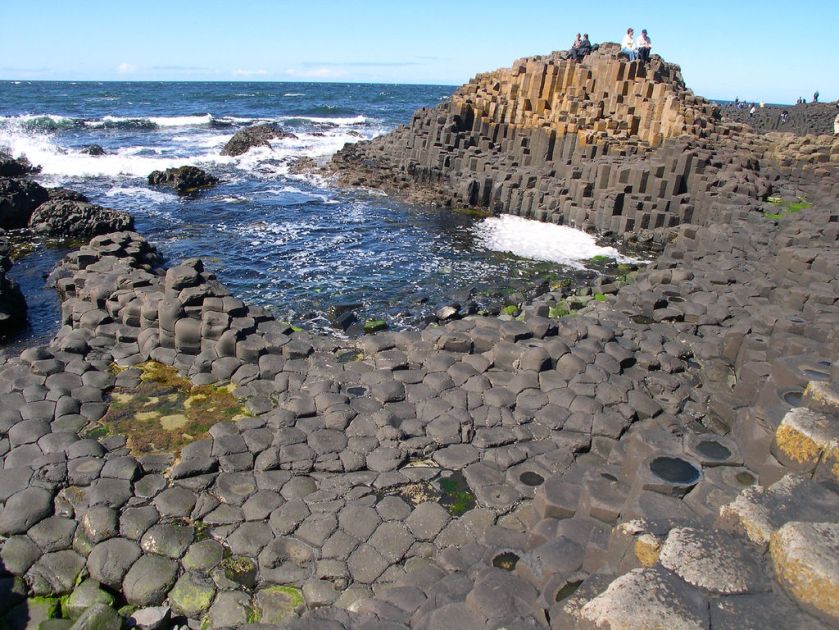 Of course the structures that resemble the cobblestone ramp to a causeway are not really built by giants. They’re basalt pillars, most of them hexagonal, created by fast-cooling lava over 50 million years ago, when volcanoes were active in what is now Britain and Ireland.

The basalt pillars of Giant’s Causeway reach high out of the water and really look like they’re part of a purpose-built structure. You can’t really blame people for coming up with giant legends in the absence of other explanations, but even now that we know that the basalt pillars are really remnants of more than 50 million year old volcanic activity, myths are still being propagated. In 2012, when the new Giant’s Causeway visitor centre opened, one of its audio exhibits mentioned that Creationist’s believe that the Causeway was not older than 6000 years. They have since removed the audio, to avoid confusion. Everyone agrees that the story about two giants was merely a fictional explanation of reality, so that myth gets to stay in the exhibit. But really, volcanoes and hexagonal basalt pillars are pretty cool themselves. No myths needed!