Here at the Finch and Pea, we love things that put a scientific spin on tradition, so this remake of The 12 Days of Christmas is right up our alley. Created by James Hutson of Australia-based Bridge8 and posted in 12 installments starting on Christmas day and running through the Feast of the Epiphany (January 5), the series considers visions of Christmases to come based on current directions in science.

Says Hutson, “This project grabs a fist full of the now; the promised but never came; and the far-flung maybe.” The mix of “near/likely and far/fictional” future scenarios includes advances in everything from genetic engineering (9 dodos de-extincted) to space exploration (6 ships a-jumping) to food science (3 lab-grown steaks). Hutson says he tries to balance “pop culture whimsy and nuts and bolts reality to produce engaging and understandable possible futures, so people take the time to think about it a little more and a little better than they usually would.” 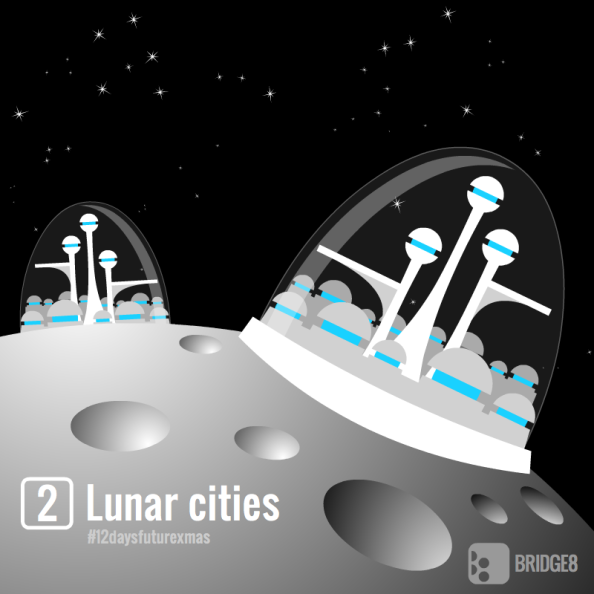 While there’s a touch of Jetsons-esque retro about Hutson’s signature style – yes, there are jetpacks – most of the “Days of (Future) Christmas” already bear a much greater resemblance to modern life than anything involving lords a-leaping and maids a-milking. You can read the whole thing here and follow James Hutson  and Bridge8 on twitter.

One thought on “The Art of Science: The 12 Days of (Future) Christmas”