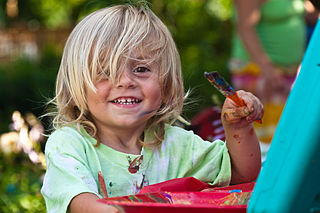 The literature investigating developmental differences between children from affluence and from poverty is both large and controversial. Many studies present evidence that children from impoverished homes have weaker language skills and delays in reading that cause them to lag behind their peers in school. This topic has always been fraught with controversy because it lies at the intersection of child development, racial politics, and demographic discrimination.

A recently published study examined language skills in VERY young children, 18-24 months old, from different socio-economic backgrounds. The differences they found were surprising and raise questions about how we raise our children.

They began by developing a new technique to assess language learning in very young children. They filmed the responses of children to pictures of objects when the name of an object was spoken. They analyzed the film to measure how quickly the children look at the correct picture.

The observation of these differences, however, does not tell us why the difference exist or what can be done about them.

There are many potential reasons why the language skills of children from lower socio-economic backgrounds may progress more slowly. Their environments may be less stable, louder, exposed to toxins, or less sanitary. Their families may be under greater stress or lack stable housing. Their parents may need to work longer hours to provide basic necessities, reducing the time with their young children. The effects of recent budget disagreements on “food stamp” programs highlights that these children at more at risk from insufficient nutrition, which is known to affect cognitive performance.

Beyond the impact of socio-economic inequalities, this research re-emphasizes the importance of speaking to young children – not just baby talk, but engaging children in language use them by pointing out new objects, telling them about what is happening around them, and reading to them. Exposure to richer language helps make children more efficient in processing words.

Children need to be spoken to in order to learn how to eventually communicate themselves. Encouraging subsidized day care providers to devote time to speaking to the children in their care may be one way to help reduce the differences between children due to socio-economic disparities.  It’s important that we take this new information about the earliest stages of a learning disparity and do what we can to correct it.