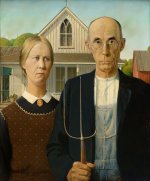 Back in May, the St. Louis Post-Dispatch held a mother-daughter look alike contest. In their write-up of the results, they turned to a geneticist, Barak Cohen, for some expert commentary on why daughters look like their mothers:

“They are just the ones, who in a sense of the word, won the genetic lottery,” he said. In these cases, most of the mother’s genes are dominant.

(Barak tells me this quote was the outcome of a 30 minute conversation.)

The real truth is, we still don’t understand why children look like their parents, or rather, we don’t understand how DNA builds complex traits. Over at Pacific Standard this week, I discuss the case of the missing heritability and recent evidence that genetic variants with small effects might be a big deal. Go check it out. (And please don’t come back and talk to me about epigenetics.)*

A few more (largely personal) thoughts on genetic variation below the fold:

The concept of genetic variation blew my mind away when I started my postdoc. Those of you who’ve lived and breathed genetics since the start of your scientific training may not understand how utterly absent the idea of genetic variation is from the world of molecular cell biology (or at least it was before next-gen sequencing).

I came to biology via chemistry & physics (and music too), and did my PhD in a hard core biochemistry and biophysics department. I certainly knew that differences in our DNA made us different from each other, but for me the question of the relationship between genotype and phenotype was addressed by knocking out genes to see which ones were essential for a particular pathway.

When I came to Barak Cohen’s lab and encountered this work, I had my genetic variation epiphany: understanding the relationship between genotype and phenotype is not so much about knowing what genes are essential to a pathway (that’s molecular biology), it’s about knowing which genes vary in a population and cause variation in a phenotype.

I think geneticists underestimate how many biologists have never, ever thought about this question. It’s clear many have’t thought of the issue, because a common question our lab used to get is ‘if you want to know what genes are involved in sporulation, why don’t you just do a knock-out screen?’ But the point of the project wasn’t to explain sporulation – it was to explain variation in sporulation.

This was largely before GWAS, so the situation has probably improved – more biologists are aware of questions about variation. But until you start thinking about it, and start reading the navel-gazing and head-scratching prompted by the less-than exciting GWAS results, it’s easy to miss the fact that the question of why children resemble their parents is non-trivial, unanswered, and raises some profound issues that geneticists have actively struggled with since Darwin highlighted how little scientists knew about heredity.

*OK, we can talk about epigenetics only if you can explain to me, with at least some sort of model, how epigenetics could account for the so-far unexplained additive genetic variance that goes into the narrow-sense heritability calculations that are the basis of the case of the missing heritability.