The Royal Ontario Museum collection is part natural history, part cultural history. I lived within walking distance for seven years, but I’ve only visited a few times. One of those times was in the summer of 2007, at the opening of a new section of the building.

The ROM hired Daniel Libeskind to design a new extension to the museum. The winning design, the “Crystal”, drew some criticism: it looks a little bit as if a spaceship crashed into the building.

I vaguely recall that I didn’t like it at first, but it’s grown on me and now I think it fits the location. The side of the building with the new extension is directly at an upscale shopping district, in the neighbourhood where the annual film festival is held. But the museum is located on university grounds, and the rest of the museum still looks suitably academic and old.

The new part of the building contains a huge gallery of dinosaur fossils. The crystal has several floors, and lots of interesting corners and walkways to wander while you explore dino bones. 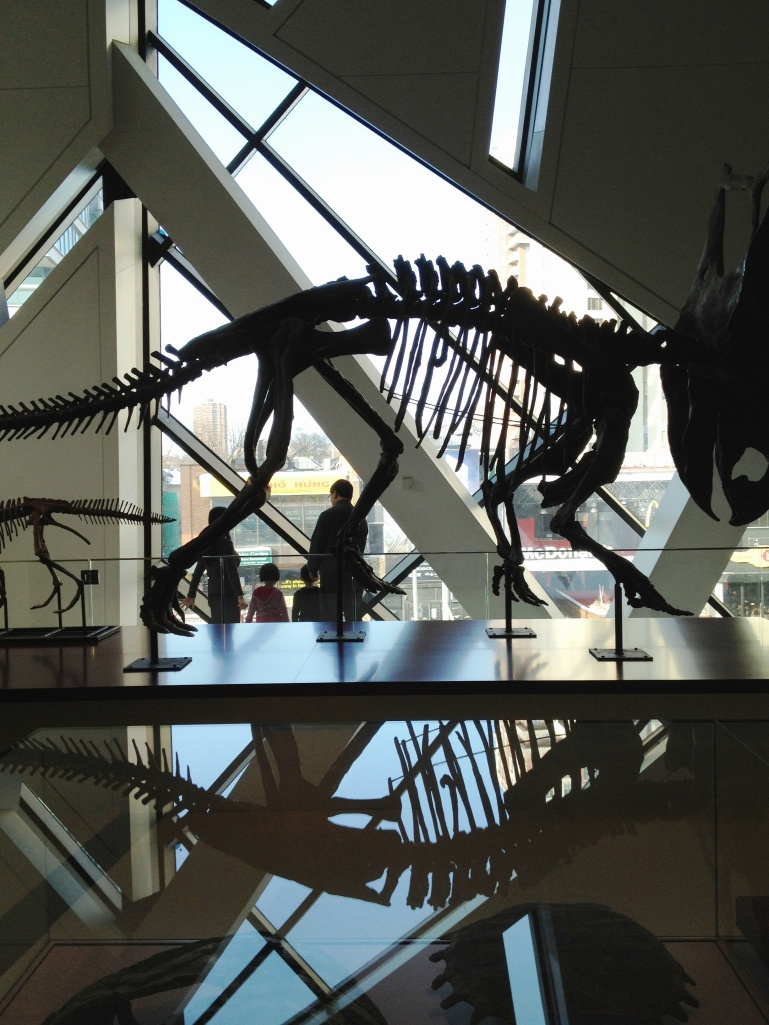 People exploring the Crystal on opening night in 2007.

There is a lot more to discover in the rest of the museum.

Every good museum has an exhibit that other museums don’t have. one that sets it apart and that everyone remembers. Aside from the crystal, the ROM’s most memorable display is the bat cave, where you walk through a reconstruction of a cave, with lots of (stuffed) bats hanging from the top. It’s an elaborate way of showing off their large collection of bat specimens, and it’s fun to walk in a cave in the middle of a museum!

Another thing I really liked was the glass case bee colony. This made international headlines in 2011, when all bees mysteriously and suddenly died. The bees have been replaced, so you can still play “find the queen”.

Finally, I’m always a fan of displays about local fauna, and the ROM has that too. Here’s a stuffed raccoon digging through trash. Can’t get more local than this in Toronto.

The ROM is also doing a great job at social media. At the moment, it’s one of six finalists in the museums category of the Shorty Awards. What’s more, two of the other finalists are also natural history museums, so there is a 50% chance of a science victory in this category!

Photo credit: Crystal from outside by Ian Irving on Flickr. Dino skeleton photo by Costin Antonescu. Raccoon photo and photo of people in the crystal by me.