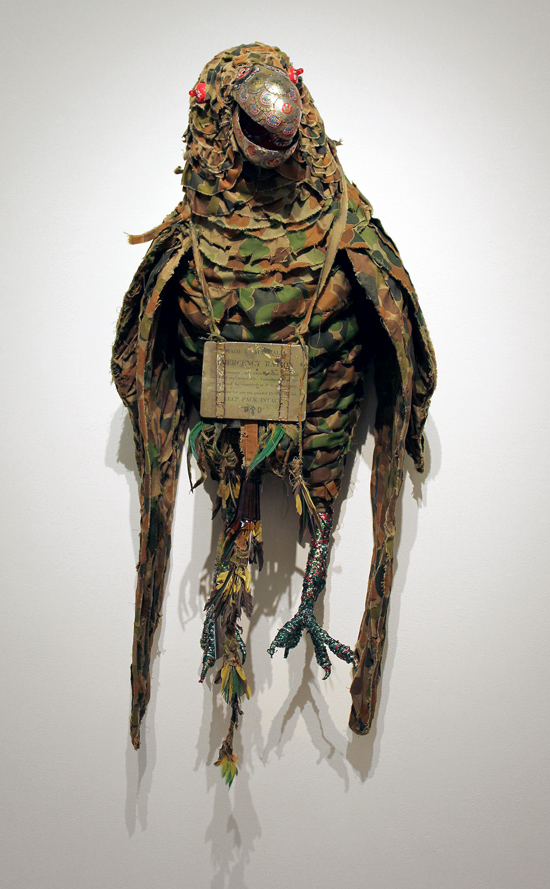 Australian artist Fiona Hall has often focused her work on the interaction between humans and their natural environment. For last year’s Documenta 13 show in Germany, she turned her attention to some of the victims of the ongoing struggle between man and land: endangered animals.

Hall created a “21st century hunter’s den” filled with mounted specimens – sculptures of animals on the IUCN Red List of threatened or endangered species. She made much of their “feathers” and “fur” from military camouflage uniforms from the animals’ home territories. This is an ambiguous choice – it suggests both the negative effects of military action on animal habitats as well as the natural camouflage that animals use to protect themselves. Some of her “taxidermied” creatures look disconcertingly chipper, too – like this Australian Night Parrot (Pezoporus occidentalis / night parrot, 2009-2011). But her overall intent is highly serious: to remind us that one tragic and irreversible aspect of human conflict is animal extinction.  Ultimately, camouflage may not protect any of us.